We had a wonderful sail to Charleston with a great breeze.  Our friends, Way Happy, did the trip with us and shared a couple great shots and video of Velocir.  Thanks Capt. K & Lala! 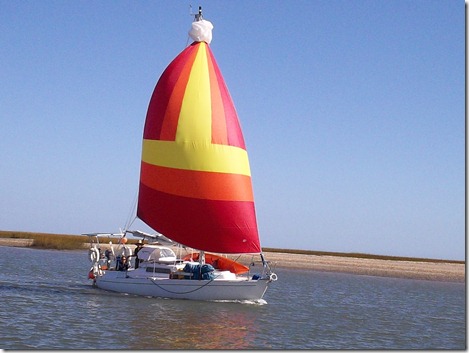 Spinnaker sailing in the canal with the current helping us!  We are going about 7 kts here which is super fast for us.

We didn’t know if we would make it Charleston so quickly.  But with the wind and current helping us it was easy.  We’ve anchored close to shore and are excited to go exploring in a place with such a rich history, beautiful buildings and warm weather.

First we looked online for a self-guided walking tour, not wanting to spend a lot seeing the city.  It seems as if they don’t exist.  Perhaps purposeful, as Charleston is big on its over 20 varieties of walking tours.  Still, we found just walking around was enough to keep us interested and learning.

Every street was so interesting we kept walking around every corner.  This shrubbery on the staircase was popular.  I think we saw everything in the end, and there were plenty of plaques to read on buildings.

They call Charleston the Holy City, maybe because it is filled with churches and steeples on every block?  Very beautiful, and we explored some of the cemeteries.  There were a lot of people here named Susan in the 19th century. 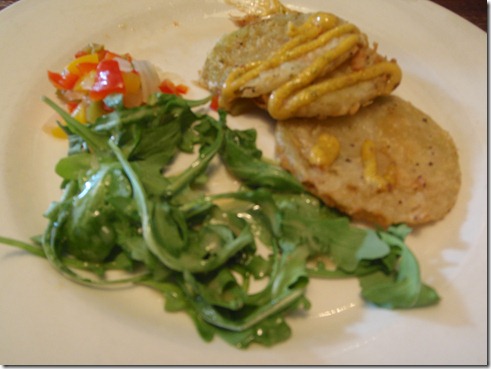 On Thursday we went out to eat!  Our rule, “One Date Per State” had to fall in Charleston.  A college and tourist town, they have a little bit of everything.  We chose a restaurant called “Virginia’s on King” (King being the main street) for their great reviews on southern cajun inspired food.  There is a lot of reference to the “Lowcountry” here, and their star dishes were Fried Green Tomatoes (above), She-Crab Soup, Shrimp and Grits and Chicken and Dumplings (below). 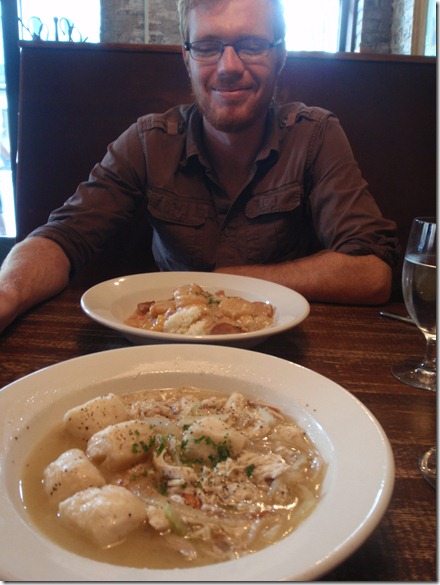 All were amazing!  It’s fun to go out for a meal when it’s something we couldn’t really make on the boat.  And I’m not attempting the delicious Fried Green Tomatoes anytime soon. 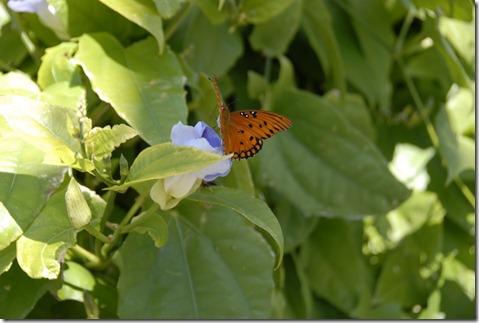 Walking all over the place we saw so many cool buildings.  The lots and houses here are huge for a city.  In this historic area, there is no clutter of office buildings and high-rises, making it so charming. (Also, we would like to mention that there are a million female 20 something joggers here.  Constantly!!  All women here wear jogging outfits and/or jog.  The men not so much.) 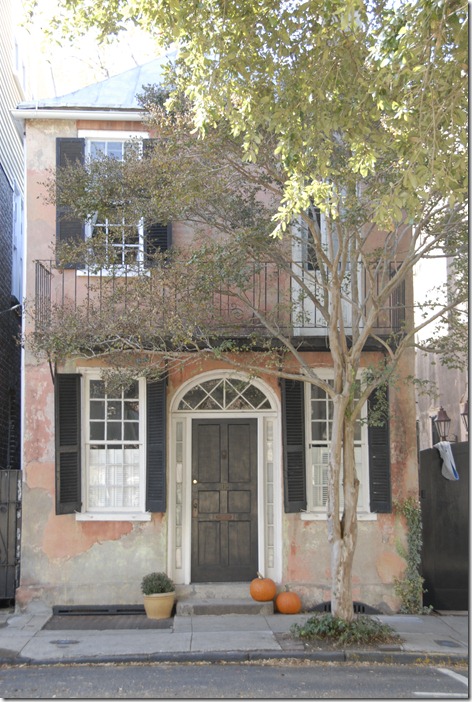 As we travel we also keep a working list of places we might like to live.  So far we are adding places including Charleston, SC and Beaufort, NC since the voyage began.  This is in addition to a dozen other places.  We look forward to the Farmer’s Market in Marion Square on Saturday and then off southward!