Settled by the Spanish and known as the oldest city in America, St. Augustine has lots of charm.  We had been looking forward to getting here to and spending the day walking around the old town and historic fort.

At 8 a.m. we took a mooring right next to the fort and were excited for the view and access to showers.  When we got to the city marina office to pay, they said the moorings around the fort were taken, and that the owner probably “went for a sail.” We moved, but no one ever came to the others and it seems like people “buy” the nice public moorings next to the fort, because we got pushed back like eight empty moorings.

It was a nice sunny day, though still a bit cool. 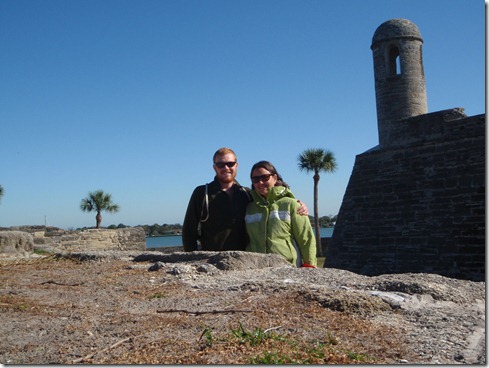 We had a quiet day walking around learning about the history. 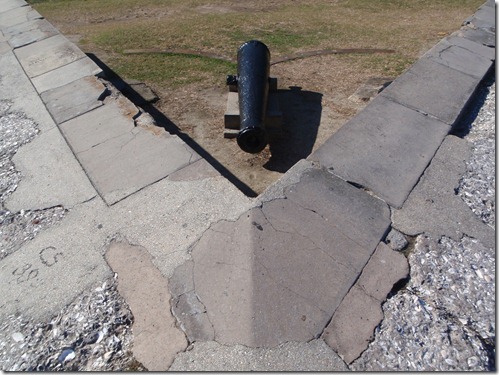 Towards the end of the day, we decided to find food.  There was a bus to a grocery store, but the bus only came every two hours!  Instead, we walked to a local market that had a lot of produce, steaks, and shrimp.

The shrimp was $4 a pound.  Amelia cleaned them up and Grant prepared his delicious Garlic Butter Shrimp Pasta!  We are looking forward to more seafood, especially in the Islands.  Grant has been working hard putting together fishing gear to get us ready for the Bahamas, where a fishing license comes with our cruising permit.

Velocir is and Albin Vega 27 built in 1973.
View all posts by VELOCIR »
« A Cold Front Comes to Florida
The Southward Migration »

One thought on “St. Augustine- an old city”