In the Abacos, Bahamas- our first stop

Our 20-hour crossing from Lake Worth, FL to Great Sale Cay, Bahamas was “pretty good…”  We left at midnight with a mega-yacht sailboat named Meteor.  She was gorgeous in the moonlight, a brand new, high-end 150 foot ketch.  It was a good sign that we had picked the right time to go out the inlet.  Slack tide AND when the pros were doing it.

The waves were pretty large but spaced far apart, so Velocir could glide over them instead of crashing into them.  It was a motor ride the whole way with little wind.  The moonlight was pretty and being in the open ocean again was soothing.  We were dodging freighters by the miles instead of the feet.  Amelia took the first watch and we rotated every 3 hours or so.  We both get seasick, last time it was Amelia, this time Grant.  He stuck it out all night though.

In the morning hours we entered the “banks.”  As we crossed the reef, the deep ocean depths became a steady 14 ft. deep, and the ocean blues turned to a bright caribbean blue green.  Visibility in the bank was clear 30 feet down. 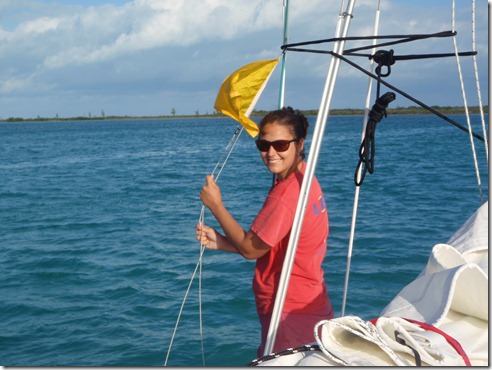 We made it to our anchorage in Great Sale Cay just after dark, other boats anchor lights the only other light besides the stars; and anchored just inside, moving up into more protected waters the next morning.  There were a few boats there, some had checked in at West End (a spot farther south) others like us were still waiting to go into a port.  We raised out yellow Q “Quarantine” flag that says we have not yet cleared customs. 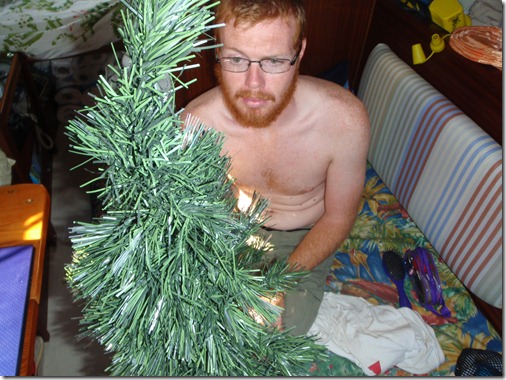 Our boat fared well on the crossing.  Our Christmas tree got pancaked.  Grant put on his sad face for the photo.  We relaxed our first day in the Bahamas with a Star Wars marathon, unable to go onshore until we cleared customs and happy to rest and relax. 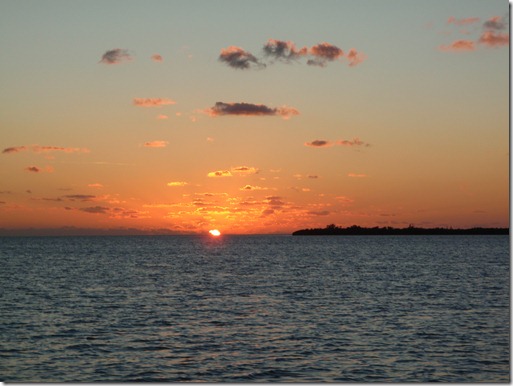 Our first beautiful sunset in the Bahamas!  We miss sunsets, unable to really see them on the East Coast. The next day we headed for New Plymouth in Green Turtle Cay to check in.  The wind was very choppy head seas and we could not make much ground so we anchored in Allans Cay. 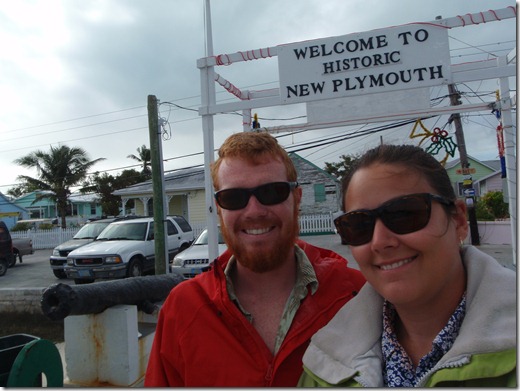 Finally we got to Green Turtle Cay on Tuesday and are now cleared in!  Amelia went into town as the “Captain” to clear us in.  The customs agent was very hot and cold.  While Amelia was there two people came in bearing food gifts for her and she was extremely friendly to them.  We were hassled because Grant was not there even though the rules say that only the Captain may come in.  She said Amelia could not sign for him on the customs form and withheld his passport.  She insisted that “couples” should always come in to customs but not larger groups because “her office was only big enough for two people.” (We are unclear on who signs for everyone on larger groups???).  It was very strange and hard to believe that husbands do not sign for their wives every day.  Everyone we know who has cleared in has sent in the male spouse as “Captain” and never had a problem.  She even told Amelia she had committed forgery by signing him in.  Grant came in  and flashed his smile and we went on our way.  That, coupled with her lack of fishing knowledge (we read to have our fishing permit endorsed for spear and cast net but she didn’t know what a cast net was so she wouldn’t include it, end of story), made it a strange and confusing check-in. 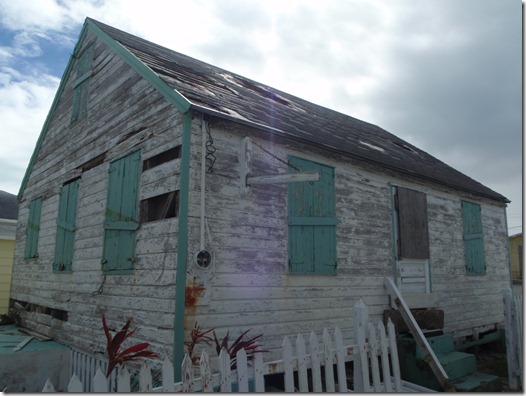 The town of New Plymouth was very small and quaint.  The buildings were very traditional and colorful, though many were abandoned.  Everyone was very friendly and said hello to us.  The town and everyone’s golf carts are all decked out for Christmas.  We walked around for a while and then had a delicious dinner of Conch Fritters and Rum Punch at Pineapple’s Bar and Grill while we watched the sunset. 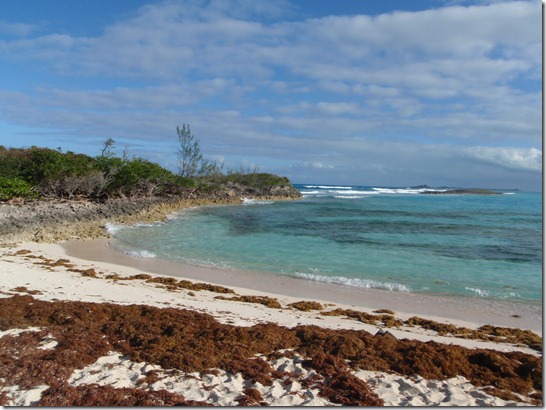 Today we went to the beach.  It was windy so we read books, tried some fishing and played with a bunch of hermit crabs we found running around. A cool, windy day here is still a great day! 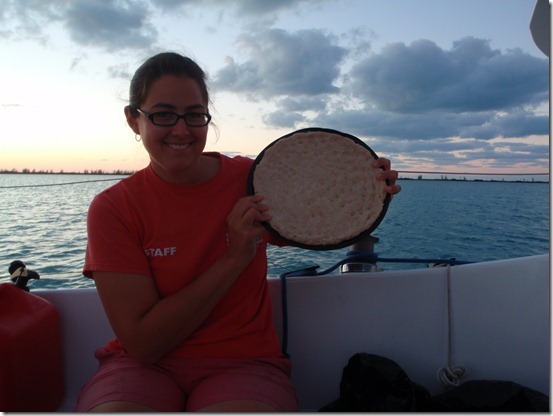 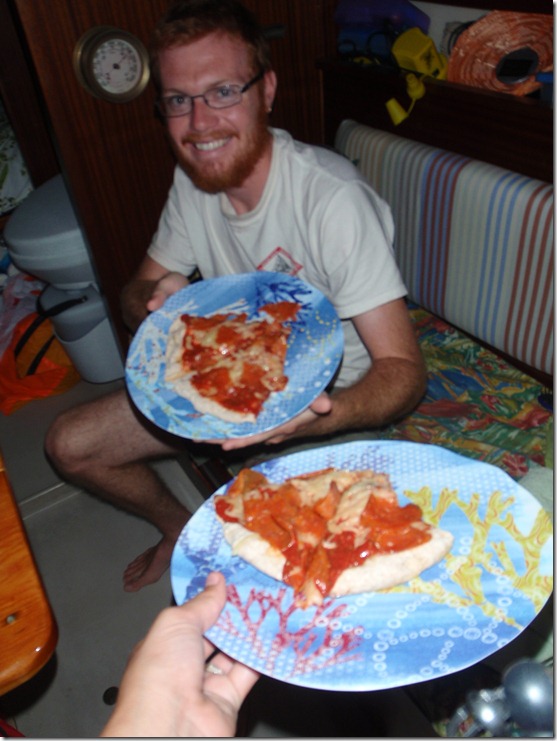 Once the sauce is ready, take the crust out, add the sauce, cheese and toppings and bake for another 20 minutes, or until cheese is melted and pepperoni is crisp!

Tomorrow we are going to head to a secluded anchorage for some snorkeling and fishing!

Velocir is and Albin Vega 27 built in 1973.
View all posts by VELOCIR »
« Lake Worth Weather Window!!!
Wishing you all a Merry Christmas »

7 thoughts on “In the Abacos, Bahamas- our first stop”